The Stillness of January 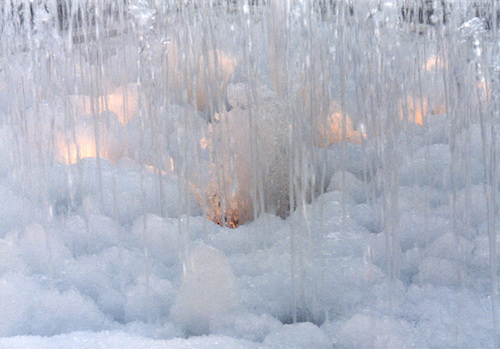 Western nations have observed January 1st as a holiday for only approximately the past 400 years, although Roman civilization celebrated a new yYear festival called the Calends, a time when people decorated their homes, in addition to giving each other gifts. Today with great hoopla, many people eagerly anticipate New Year’s Eve and the beginning of January as a time for celebration, gaiety, and renewal. We cast out the old and welcome in the new. It is a time when we reflect on events of the previous year, and often we resolve to redress or improve aspects of our daily life or personal philosophy.

The name, given to the month of January, is derived from the ancient Roman name Janus, the god of beginnings and transitions who presided over the gate to the new year. According to Roman mythology, he was revered as the “god of gateways,” of “doorways,” and “of the journey.” Janus protected the “Gate of Heaven.” He is often symbolized by an image of a face that looks forwards and backwards at the same time. This representation is appropriately associated with the month that is heralded as the beginning of the year bringing in the future with new opportunities, and turning the past into history.

I consider it ironic that the birthstone of January is the garnet, which signifies constancy. All too quickly, so many of us begin to forget our New Year’s resolutions, if indeed we even make them, and before long we come to rue that January is one of seven months with 31 days, as well as the coldest month of the year in the Northern Hemisphere. Soon negative connotations surface: “January, the month of empty pockets,” or “slow as molasses in January.” And, it is quite fitting that the birth flower is the galanthus, otherwise known as snowdrop, which primarily blooms in the winter. Still, Ruth Stout offers another perspective: “There is a privacy about it which no other season gives you…. In spring, summer, and fall people sort of have an open season on each other; only in winter, in the country, can you have longer, quieter stretches when you can savour belonging to yourself.”

Following another year of frequent appearances to engage new readers with my Understanding Ursula trilogy, you may notice that this January is devoid of any events. My characteristic pattern is to depart from Canada during this initial month, and although for the first year in seven I am not journeying to Costa Rica, I plan to enjoy the sun and warmth of Mesa, Arizona, for several weeks in the new year. During December two requests emphasized for me the antithesis of trying to be both an author and a writer; the manager of Coles in Prince Albert asked me to come for a signing and a woman at a Christmas market asked me to have my next book ready by August 2016.

I enjoy meeting each and every one of you; but it seems more and more that I must, if not to the country, at least leave my home to find quiet periods of time to pursue the solitude needed for writing. As much as I shall miss the incessant waves of the Pacific Ocean, I plan to continue my current novel surrounded by the tranquility of the desert. Although by nature I do not like to disappoint, my four young protagonists in Lords and Lepers are just coming of age as they explore and strive to forge their own identities. Until then, fortunately there is a plethora of wonderful books to read during the stillness of January, and beyond.

“To read a poem in January is as lovely as to go for a walk in June.”
–Jean-Paul Sartre