The Appeal of April 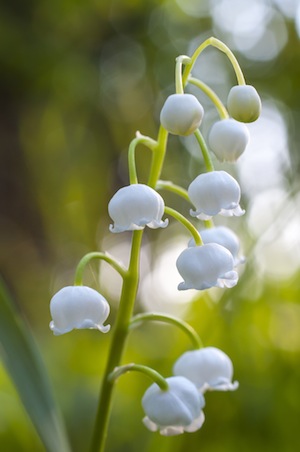 It may be that I’ve always been fond of April because the first day of the month was my beloved grandmother’s birthday. Moreover, I have invariably considered that, with her gentle spirit, it was so appropriate she’d been born at the beginning of a month that, says The British Oxford Dictionary, may have come from the Latin verb aperire which means “to open”. As a child, I was not surprised to learn that one of April’s birth flowers is the sweet pea, which grew in brilliant profusion in my grandma’s lavish flower garden, nor that the birthstone for April is the diamond, which symbolizes innocence.

April begins with fun and jokes—April Fool’s Day. The origin of this custom is unknown, but it has been maintained for hundreds of years. According to British folklore, April fooling became popular in England and Scotland during the 1700s. For anyone who has read the final book of my Understanding Ursula trilogy, Choosing: 1940-1989, you may question whether some of the characters realized that April Fool’s can only be played on people before midday. Perhaps, more significantly, you might be astonished by the devastating joke that was played on one of my lead characters, and even more so, by whom.

Although, the first day of spring is March 20, too many of us have been hoodwinked by this deceiving month, which challenges our perceptions, and April is commonly associated with the beginning of springtime in the Northern Hemisphere. It is the month when the silent frozen prairie thaws, the earth reawakens, the songbirds return, the grass greens, the trees and flowers start to bud, and once again the growing season is upon us. With images of sunshine, bright skies, April showers, and resplendent rainbows, we anticipate rejuvenation.

For many, April is also a time of spiritual enlightenment since Easter usually comes this month. Easter has been called a “moveable feast” because the date follows the phases of the moon. Easter Sunday has to be the first Sunday after the full moon, which means that Easter can fall as early as March 22 or as late as April 25. Regardless of the specific date, Good Friday, the day of Jesus’ crucifixion, is considered the most lamentable of the Christian year, and Easter Sunday, commemorating Christ’s resurrection, the most joyous day of the Christian calendar.

On April 1, I’ll remember my grandmother with love, and on April 21, I shall think of Queen Elizabeth II, who will be celebrating her 89th birthday. To all my devoted readers, my wishes for a Happy Easter on April 5.