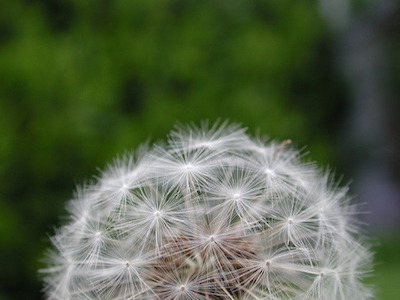 “September days have the warmth of summer in the briefer hours, but in their lengthening evenings a prophetic breath of autumn.” – September Days, Rowland E. Robinson

“Ah, September! You are the doorway to the season that awakens my soul…” – Peggy Toney Horton

September is the ninth month of the year in the Julian and Gregorian calendars, and one of four months with 30 days. It was originally the seventh of ten months on the oldest-known Roman calendar when March was the first month. September, from the Latin word septum meaning “seven,” marks the beginning in many countries of the academic year when children return to school after the summer holiday. This year the autumnal equinox—when the sun appears to cross the celestial equator, heading southward, rising directly in the east and setting directly in the west—occurs on the 22nd. The birthstone, appropriately chosen, I believe, as our young people venture back to formal learning, is the sapphire, which symbolizes clear thinking, and its birth flowers are morning glory, aster, and forget-me-not.

“One by one, the names of the thirty-nine registered nurse graduates of Brandon General Hospital’s class of 1966 were announced, and every woman proudly walked across the stage to receive her diploma. Dressed completely in white from the cap on her head to the smartly polished white shoes on her feet, each RN resembled the veritable angel of mercy. The twelve brilliant red roses in full bloom, gracefully carried in their arms, provided a radiant contrast. And each graduate beamed with pride and joy.” – Choosing: 1940-1989, the third book of my Understanding Ursula trilogy

On September 13, I shall fly to Winnipeg, the capital of Manitoba, to join my classmates to celebrate the Brandon General Hospital (BGH) Class of 1966 50th Reunion. As soon as I received my invitation, I journeyed back in time to August 27, 1963, when 47 young, enthusiastic yet diffident and, at least from my perspective, naive women entered the hallowed halls of learning at the BGH School of Nursing. The more I have reminisced, the more convinced I am that those three exciting, challenging, fun-filled, and daunting years were the most memorable and rewarding of my life, even as I pause to wonder how 53 years could have passed since then.

I am particularly pleased that our itinerary includes a tour of the Canadian Museum for Human Rights, the realization of a dream of the late Israel Asper, which held its opening ceremonies on September 19, 2014. This stunning international icon in Winnipeg is the first and only museum in the world dedicated to human rights, education, and inspiration. Prior to and following our edification of the evolution, celebration, and future of human rights, I am confident that those of us from the class of 1966 who are able to attend will have an awesome time re-establishing former friendships, reliving the past, and sharing our reflections of the present and of the years to come. What intrigues we shall chance upon, as we had encountered during those unforgettable days so many years ago, remains to unfold, although I have no doubt that we shall all, at one moment or another, experience serendipity, as defined by the Houghton Mifflin Canadian Dictionary of the English Language: “The faculty of making fortunate and unexpected discoveries by accident.”

“Let your life lightly dance on the edges of Time like dew on the tip of a leaf.” – Rabindranath Tagore, the Bengali poet of India and winner of the Nobel Prize in Literature 1913

Enjoy the colours of autumn!