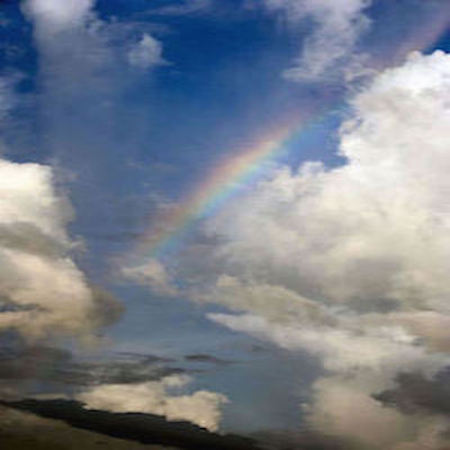 For as long as I can remember I have always searched for the presence of God through signs in nature. During my recent vacation to Kimberley, I observed a number of natural occurrences that spoke to me of the existence of God in our universe. Several sightings of a pair of bald eagles gliding, circling, and diving in their pursuit of fish in the St. Mary River, to me, signified the soaring of the human spirit. One early afternoon when a black bear cub scrambled out of a bush and scampered up a tree within three feet of me, I finally realized the potential danger of hiking alone in the mountains. When I was saddened the morning of our impending departure, a beautiful rainbow over the pristine valley became a symbol of hope of all that is yet to come, and the surreal beauty of the autumn colours through the Kootenay Rockies was an immediate affirmation.

October is the 10th month of the year in the Gregorian calendar and in its predecessor calendar, the Julian, and one of seven months with 31 days. The eighth month in the old Roman calendar, October retained its original name in which octo means “eight” in Latin, after January and February were inserted into the calendar that had originally been created by the Romans. October’s birth flower is the calendula, or pot marigold, with about 15 to 20 species of annual and perennial plants in the daisy family. The birthstone for October is the opal,which is predicted to crack if worn by someone not born in this month.

For those of us who reside in this part of the world, the Indian summer days of October become an interlude between autumn and winter. Every day that the mellow warmth of the October sun beams down upon us feels like a blessing which we hope will last long into the year before we are greeted by the chilly winds of winter. I find that I am often restless during this  month as I attempt to prolong every hour of daylight so I can enjoy the serene beauty of the season. Nathaniel Hawthorne captures my wistful mood: “There is no season when such pleasant and sunny spots may be lighted on, and produce so pleasant an effect on the feelings, as now in October.”

And, then at the end of the month, we celebrate Halloween. For my daughter and grandchild, October 31 has always been the second most anticipated day of the year. So many festive activities—carving pumpkins into jack-o’lanterns, trick-or-treating, playing pranks, telling stories, and watching horror films. Still, the most fun of all for my grandson is the extensive decorating of his front yard and house as each year he emulates the haunted house and property across from his school. Keith Donohue’s words are succinct: “October proved a riot to the senses and climaxed those giddy last weeks before Halloween.”

Enjoy the many omens of October.