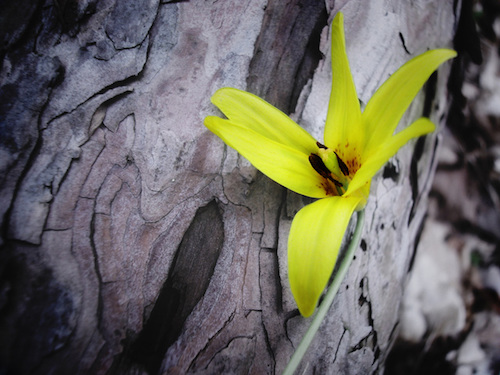 “June, a soft syllable, a genial name for one of the best months in the garden year: cool, misty mornings gently burned away with a warming spring sun, followed by breezy afternoons and chilly nights. The discussion of philosophy is over; it’s time for work to begin.” – Peter Loewer

“In these divine pleasures permitted to me of walks in the June night under moon and stars, I can put my life as a fact before me and stand aloof from its honour and shame.” – Ralph Waldo Emerson, Journals

June is the sixth month of the year in the Julian and Gregorian calendar, with a length of 30 days. It is the month with the longest daylight hours of the year in the Northern Hemisphere. Meteorological summer starts on June 1, with the beginning of the astronomical summer vacillating between June 21 and 20, the date of its arrival this year. The month of June is believed to be named after the Roman goddess Juno, the goddess of marriage, and the wife of the supreme deity Jupiter; it was considered by the Romans to be the most favourable month for nuptials. Another of the multiple etymologies for the month’s name comes from the Latin word Juniores, which means “younger ones.” June’s birth flowers are the rose and the honeysuckle, as both bloom throughout the month. The birthstones for June are the pearl, the moonstone, and the alexandrite, all of which symbolize health and longevity.

Father’s Day, when we pay homage to the men in our lives who serve as paternal figures, occurs during the month of June. Some accounts cite that the day’s origin is associated with the father of all gods, Zeus. In classic gender symbolism, males are represented by the sun, whereas females are depicted by the moon, and given that the sun is the prime feature of June, it is quite appropriate for Father’s Day to be recognized in this month. Ever since the birth of my two children, I have always experienced a deep-seated gratification that my son arrived on June 24, very near to this monthly celebration, and my daughter was born on May 10, even closer to Mother’s Day. What greater gift could any parent wish for in their lives than to be presented with a baby boy for Father’s Day and an infant girl for Mother’s Day?

Some time ago, I came across a statement which reinforced one of my long-held beliefs that every month has a special flavour–a feeling that it is unique to its own transitional span of time. It was as I was falling asleep several evenings past that the title for this month’s newsletter flashed through my mind, and of course, as so often happens, I had to arise and write down my thoughts to ensure they were not lost during sweet repose. June is a sunny, cheerful month, and its images are equally bright and radiant, with Mother Nature in full swing. It is considered a month of balance, along with other themes including light–on the longest day as much as 15 hours–and clarity, power, and strength. Perhaps more notably for our youth, June is an ebullient month, jolting with joy when school will soon be out for the summer. And for many adults, it has high-energy potential for love, family, and creative expression.

Every summer before the month of June is upon us, I hasten to Riverlot 56, the provincially managed Natural Area in Sturgeon County adjacent to St. Albert, in search of two specific species of wildflowers. Several years ago, much to my surprise and delight, I discovered hidden in heavy vegetation yellow lady’s slippers, which although abundant in my former province of Manitoba, are rare in Alberta. Alas, over the past two years, I’ve had more success finding the occasional wild tiger lily, and I fear that I may not see this exquisite wild orchid again. Still, I as I stroll through the upland aspen forest interspersed with conifers, I leave feeling like Henry David Thoreau described in Walden, “I took a walk in the woods and came out taller than the trees.”

“It’s beautiful the summer month of June when all of God’s own wildflowers are in bloom, and sun shines brightly most part of the day, and butterflies o’er lush green meadows play. So mellow the gentle breath of June day breeze, the birds rejoicing on the leafy trees, and dappled trout in pool bed of the stream, bask in the sun their spotted skins agleam.” – Francis Duggan, June

Thank you for reading my monthly newsletters, and have a joyous June.