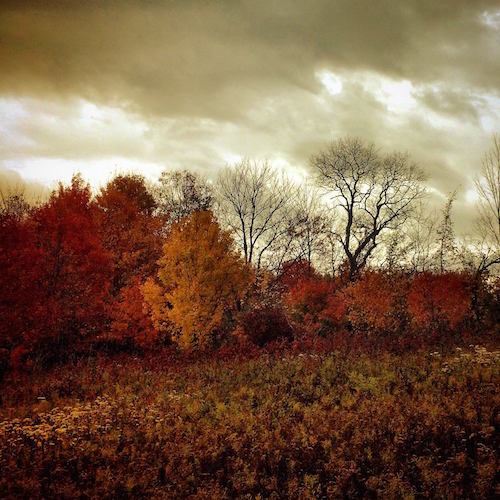 In literature, the month of November is seen either as a fun time of approaching the holidays or as a precursor to the final denouncement of December. Dismal quotations about November abound. From William Cullen Bryant, “The melancholy days are come, the saddest of the year; of wailing winds, and naked woods, and meadows brown and sear.” Who among us has not concurred at one time or another, and more often than we care to admit? In the Northern Hemisphere, by November the cycle of the seasons becomes most obvious as the harvest is complete and plants are in their winter mode. To Emily Dickinson, the famed American poet: “November always seemed to me the Norway of the year.” Yet any hearty Canadian knows that we can experience bleak mid-winter long before the official arrival of the season on December 21.

November is the 11th month of the year in the Julian and Gregorian calendars and one of four months with 30 days. November is the 9th month of the ancient Roman calendar, but it retained its name from the Latin novem, meaning “nine”, when January and February were added to the Roman calendar. November’s birthstones are the citrine and the topaz, particularly yellow, which signifies friendship. Its birth flower is the chrysanthemum, one of the most popular flowers in the world, next only to the rose; it symbolizes fidelity, optimism, joy, and long life.

Every year in November, hundreds of ceremonies and events take place across the country to commemorate Veterans’ Week and Remembrance Day on November 11. These opportunities are for each of us to recognize the contributions of our veterans and to honour all those who made the ultimate sacrifice on behalf of every Canadian. It is our duty to remember them—to keep their legacy and memories alive. Join me for a moment of silence at 11 o’clock on Wednesday, November 11.

November 11 is also my birthday, and this year I shall be celebrating a significant one, an age I can scarcely believe. Some time ago on an exquisite Indian summer day I ventured out for a hike to my favourite place in St. Albert, Riverlot 56 Natural Area. I was lost in thought as I strolled through a grove of deciduous trees whose barren boughs folded together, forming a cathedral arch. The squawking of magpies caused me to glance skyward, and there perched on the highest branch was a great horned owl. I stood rooted in my tracks and observed; if a bird could roll its eyes, this one did, while it patiently waited before resuming its sweet repose for the yappy magpies to fly on their way.

With its long, earlike tufts, deep hooting voice, and intimidating yellow-eyed stare, the Great Horned Owl is the quintessential owl of storybooks. Since medieval times, owls have symbolized intelligence and wisdom. I shall never know why the magpies were so perturbed, but my rare sighting of this wise, ancient predator affirmed to me the importance of choice in our lives. We can anticipate November and approaching winter with dread, or we can believe Henry David Thoreau: “The thinnest yellow light of November is more warming and exhilarating than any wine they tell of. The mite which November contributes becomes equal in value to the bounty of July.”