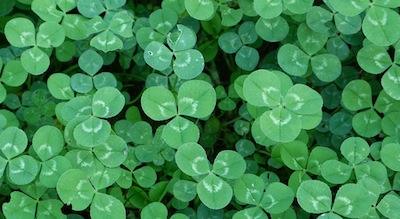 Famed English author Charles Dickens may be describing how many of us feel about the usually blustery month of March in this quote: “It was one of those March days when the sun shines hot and the wind blows cold: when it is summer in the light and winter in the shade.”

March, originally the first month of the Roman calendar, was named Martius after Mars, the god of war. This third month of the year in the Julian and Gregorian calendar has not been popular, with its varied weather having driven people to drink and sometimes even to outright madness. As Thalassa Cruso wrote, “March is a month of considerable frustration—it is so near spring, and yet across a great deal of the country the weather is still so violent and changeable that outdoor activity in our yards seems light years away.”

Still, for as long as I can remember, I have viewed March as a magical month. I’ve searched my mind for conceivable reasons, and my memory keeps taking me back to my childhood and youth where I was raised on our family farm in Manitoba. As soon as the snow would start to melt, I was off to the pasture in search of the crocuses that heralded the arrival of spring with its new beginnings and endless possibilities. I was once again free to explore the outdoors and to rediscover the joy and mystery of nature and the universe.

I’ve always been mesmerized by the heritage and culture of the British Isles, and especially of the Irish, and from an early age I immersed myself in books about their history, customs, traditions and folklore. On March 17, we celebrate St. Patrick’s Day, and images of leprechauns and shamrocks still dance in my head, as our part of the world once again begins to green. And, from the sinister perspective, who does not remember the soothsayer’s prophecy of doom in Shakespeare’s indelible dramatization warning Julius Caesar to “beware the ides of March.”

Whether March conveys magic, myth or a little madness, I hope it comes in and goes out like a lamb, and I wish each of you a happy spring.