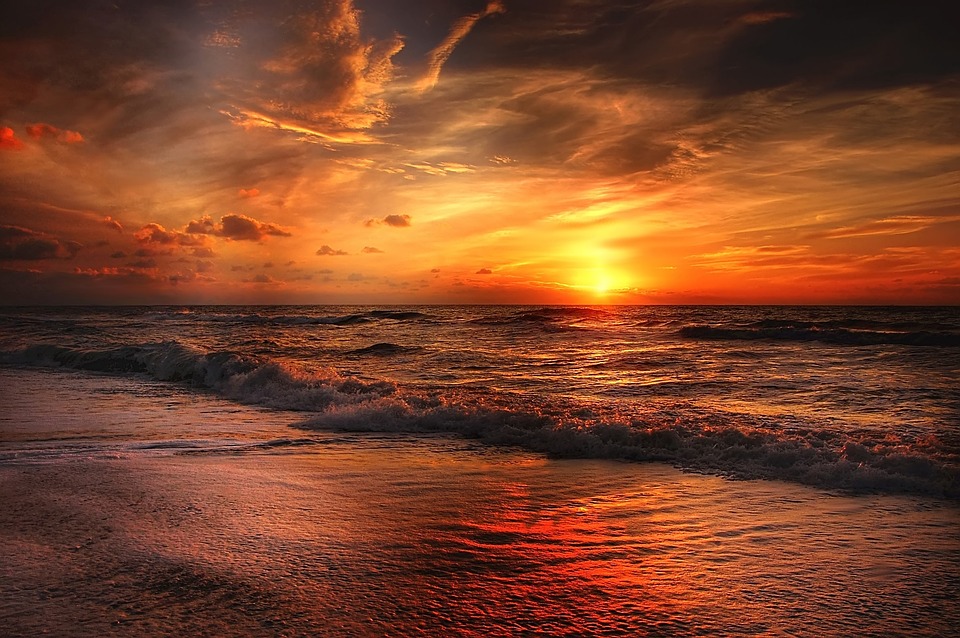 “It’s beautiful the summer month of June when all of God’s own wildflowers are in bloom. And sun shines brightly most part of the day, and butterflies o’er lush green meadows play.” – Francis Duggan, June

“This is June, the month of grass and leaves…already the aspens are trembling again, and a new summer is offered me. Each season is but an infinitesimal point. It no sooner comes than it is gone. It has no duration. It simply gives a hue to my tone and thought. Each annual phenomena is reminiscence and prompting. A year is made up of a certain series and number of sensations and thoughts which have their language in nature.” – Henry David Thoreau, Journal, June 6, 1857

“Consider well the proportion of things. It is better to be a young June-bug than an old bird of paradise.” – Mark Twain

According to a 1999 study, the words horoscope and astrology are the two most searched topics on the Internet. Astrology is considered to be both an art and a science. It is art because interpretation is needed to bring the different aspects together, and formulate an idea of the individual’s character traits. However, the mathematical part of astrology is also deemed to be a science because it requires an understanding of astronomy, the study of the universe beyond the bounds of the Earth’s atmosphere, and the abstract, deductive science of mathematics. Taurus, the second sign of the zodiac continues until May 20, and then changes from May 21 to June 20 to  the third sign, Gemini, the Twins.  The element, one of four, which claim to help describe the unique personality types associated with astrological signs, for Gemini is Air.

For years whenever I drove my car to any destination where I needed to find parking, I would start by visualizing a nearby space. More often than not, the availability of a parking spot would materialize, and subsequently, I continue today to practice this useful technique of visualization. The Houghton Mifflin Canadian Dictionary of the English Language defines the word ‘visualization’ as, “To form a mental image of, to picture in the mind.” Early in my years at MacEwan College, I remember how my colleagues mercilessly chided me when I expressed my intent to visualize a parking spot, but since it worked time after time, I soon was the person elected to drive to our joint activities. (Of course, it was not always efficient, but it did create its share of mirth).

Research reveals a long and fascinating history of visualization. The technique using visual imagery has been an effective method of communicating both abstract and concrete ideas since the dawn of humanity. Examples include cave paintings, Egyptian hieroglyphs, Greek geometry, Leonardo da Vinci’s revolutionary methods of technical drawing for engineering and scientific purposes. Throughout my life, I have been a visual learner, and furthermore, have been able to recollect mental images with vividness, colour, and detail, as if they were actually visible.  Subsequently, often after I’ve read specific words, engaged in meaningful dialogues, or experienced significant events, I am able to recall much of what had occurred by visualizing, a skill which proved very beneficial when I was penning my Understanding Ursula trilogy.

Some time ago, to heighten the experience of my daily one hour of body toning exercise, rather than use visualization to create a mental image of a future outcome, I decided to focus on the past, similar as to when I was writing for nine years. During the course of my life, I have travelled considerably, primarily throughout Canada, the United States, parts of Europe, and for six consecutive winters to Costa Rica. Wherever I have journeyed, I have been a solitary wanderer, whether along sandy beaches, through preferably old forests, or mountain trails, including up to and down from the summit of Whistlers near Jasper, always listening and enjoying the language of nature during the changing seasons. Since I’ve added this approach, the memories of my travels have become remarkably vivid, and I have not only recollected more and more of the beautiful places I have been, but also the energy, excitement, serenity, peace, and joy I’d felt during my trips. The hours of exercise race by!

May you enjoy Father’s Day during one of the most pleasant months of the year.