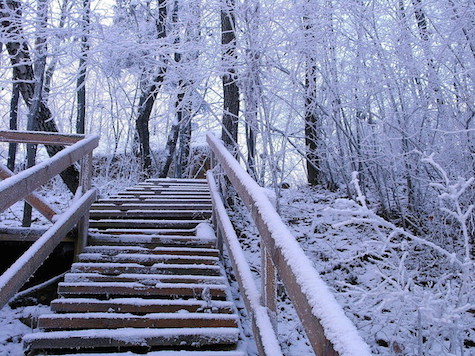 “The sun is brilliant in the sky but its warmth does not reach my face.
The breeze stirs the trees but leaves my hair unmoved.
The cooling rain will feed the grass but will not slake my thirst.
It is all inches away but further from me than my dreams.”
–M. Romeo LaFlamme

As a very young child, when I became aware that spring began on March 20th or 21st, I was certain its stereotypical weather would arrive precisely on either of those dates. But alas, to my abject disappointment year after year, the end of winter most often was as far away as this American writer expresses in The First of March.

The name March comes from the Latin Martius, the first month of the earliest Roman calendar. It was named for Mars, the Roman god of war who was also regarded as the guardian of agriculture. In both the Julian and Gregorian calendars, March became the third month of the year, and it is one of seven that is 31 days long. In the Northern Hemisphere, the meteorological beginning of spring occurs on the first day of March, although the spring equinox, the time of equal day and of equal night, on the 20th or 21st, marks its astronomical arrival. March’s birthstones are aquamarine and bloodstone, both symbolizing courage. Its birth flower is the daffodil, which is also known as Lent Lily because it blooms in early spring and the blossoms usually drop before Easter.

“A light exists in spring not present in the year at any other period when March is scarcely here. March is the month of expectations….” I concur with Emily Dickinson and wonder if it is our anticipations of this month that give rise to so many of our frustrations. Given the length and the inclemency of most of our winters, it is little wonder that the average Canadian eagerly awaits the warming seasons. Before March 1 has even arrived, we are speculating about how it will ‘come in and go out,’ and especially if, according to folklore, the groundhog, when he emerges from hibernation, did not see its shadow on February 2nd. Quite naturally, we become increasingly thwarted with yet another snowstorm in March, April, May…

I believe our expectations shape our perspective. I recall during my 20 years as an educator at MacEwan when teaching the curriculum on interpersonal skills, instructing my students about a concept I’d called “The Theory of Rising Expectations.” In essence, the more we expect, the more we come to expect, and my recent sojourn to Mesa, Arizona, lent credence to my hypothesis. For the prior six years, I’d spent four weeks by the ocean in Costa Rica before journeying to Arizona. Subsequently, I’d always arrived with very high expectations, and the desert invariably paled in comparison. To my surprise, this winter when I’d only escaped to the latter destination, my experience was much more auspicious as I appreciated the stillness, the serenity, the vegetation—in particular the blooming Saguaro Cacti—and my twice-daily walks on the sand of the Sonoran Desert.

During an enjoyable lunch with my former dean, she reminded me of an acronym I’d coined and shared to keep life in perspective: EWOP: Everything works out perfectly. It reminds me of one of my favourite lines from Desiderata: “And whether or not it is clear to you, no doubt the universe is unfolding as it should.” Then, when I remember that each day is a new beginning, I see the miracles in my life.

Have a lovely Easter.