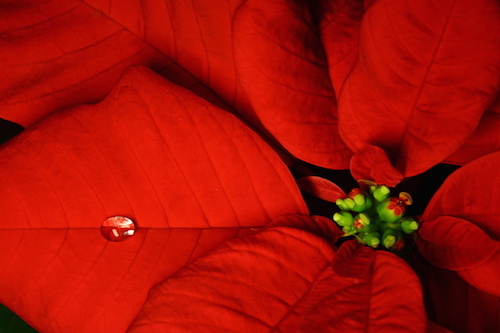 “In his mind, the white of winter’s snow concealed the colours of mankind’s destruction: the red for all the blood that had been spilled in endless wars and violence against its own, the brown of his decay, and the black of his death. Its arrival every year was as though God was purifying the countryside and giving humanity yet another chance for redemption to seek the eternal light of his Son. It was a time of beauty, with the tall conifers covered in snow and the barren branches of the deciduous trees haunting clad in hoarfrost, and a time for silence.” – Gustav Warner, paying homage to “God’s season” in Choosing: 1940–1989, the third book of my Understanding Ursula trilogy.

December is the 12th and last month of the year in the Julian and Gregorian Calendars. It is one of 7 months with 31 days. December is the first month of meteorological winter in the Northern Hemisphere, with the shortest daylight hours of the year. December comes from the Latin word decem, meaning ten, thus retaining its name from the oldest Roman calendar. Its birth flower is the narcissus, more commonly known as the daffodil, and the birthstones are the turquoise, zircon, and tanzanite.

Many of us would be quick to agree with Joseph Addison, the English writer and politician: “I have often thought it happens very well that Christmas should fall out in the Middle of Winter.” The Winter Solstice, also known as Midwinter, occurs around December 21 or 22 each year. It happens on the shortest day and the longest night of the year with the word solstice being derived from Latin connoting Sun set still in winter. The solstice may have remained a special moment of the annual cycle of the year since neolithic times. Today, worldwide interpretation of the event varies from culture to culture, but near the winter solstice, most hold a recognition of rebirth, involving festivities, gatherings, rituals, and other celebrations including Christmas, Hanukkah, Kwanzaa, New Year’s, Pongal, Yalda, and many other festivals of light.

Year after year as we near that dark and longest night in December, I believe that the light of Jesus’s love will always shine brightest. For as long as I can remember, Christmas has been my favourite time of the year. During my youth, it had little to do with shopping, decorating, or receiving gifts, since those activities at best marginally occurred. I not only share my grandfather’s love of nature, but also his belief that winter is God’s season. To this day, what I enjoy most about December are the tangible feelings of hope, peace, and love that fill the air as people become perceptibly kinder, warmer, and merrier during their interactions with each other. Even as a child, I often recall wishing that if only we could hold onto this deference toward one another throughout every month of the year, we might be more in touch with the collective soul of humanity.