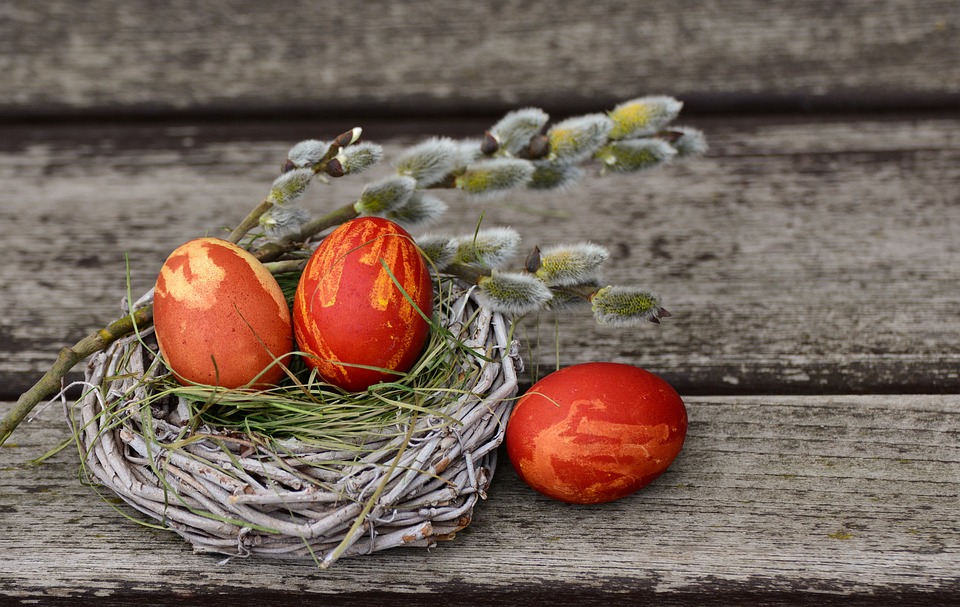 “A gush of bird song, a patter of dew, a cloud, and a rainbow’s warning; suddenly sunshine and perfect blue. An April day in the morning!” – Harriet Prescott Spofford

“Hail in the Spring, a start of new beginnings. Creativity awe-inspiring gives a reason for living. Plant life showing life anew, a wonder to be found. Newborn lambs playing in the fields, birds nesting all around. People enjoying the sun and the warmth, feeling good to be alive. Spring gives a purpose to our lives, a touch of Paradise.” – Kay. M. Sutton, Bring in the Spring


Ancient history has always been one of my fascinations, and I’m enjoying my journey of edification about horoscopic astrology. The first known depiction of the classical zodiac of 12 signs is dated from 50 BC, with its magical uses being revived by the High Middle Ages. For example, the zodiac is found in the medieval stained-glass windows of Saint Julian in the Saint Maurice Cathedral, the seat of the Roman Catholic Diocese of Angers, France, where master glass-maker Andre Robin made the ornate rosettes after a fire in 1451. The zodiacal symbols are early modern simplifications of conventional pictorial representations of the signs, attested since Hellenistic times. Zodiac signs for April are Aries (March 21 to April 19) and Taurus (April 20 to May 20). Taurus is the second sign of the zodiacal cycle, represented by the bull, and its associated element is earth.

Last summer, following five years of travelling across the Canadian prairies, I decided that my July trip would be my swan-song book tour. By then I’d lost track of the number of author signings I’d done–especially throughout Saskatchewan where I’d developed lasting friendships with winsome people in  bookstores and quaint B&Bs. But, as spring and the beginning of April, the first month of my annual tours, were fast approaching, I started to experience a whimsical change of mind. Dare I chance yet another jaunt in my vintage Honda?

In 1997 I ordered the very first sporty Prelude with a Vec Tech engine. My Honda dealership had arranged for the purchase straight from the source, and called me when my new Eucalyptus Pearl Green automobile was boarded in Tokyo. I then received play-by-play telephone updates about its progress across the North Pacific Ocean, when it was unloaded in Vancouver, before it was freighted through the Rocky Mountains on a Peterbilt car hauler semi-trailer and driven to St. Albert for a thorough inspection. Twenty years later, I’m still thrilled with my acquisition, and the exemplary service that I continue to receive. However, in 2001 the Honda Motor Co. Ltd. stopped producing the Prelude, the fourth model of Honda, the make I’d driven since 1984. Now I’m pampering my Prelude, one of only five, all different colours, remaining in St. Albert, as I cling to the rumour that the Japanese automobile manufacturer is planning to revive the Honda Prelude in 2018.

Recently in St. Albert I was reminded that the true reward of being an author is the wonderful people I meet. I met Kevin and Kathryn from Westlock and enjoyed the most captivating conversation. They purchased my trilogy and then gave me their card, which advertised “Book Rescuers: Giving Books a Second Chance.” Apparently they accept books from anyone, including libraries, that are scheduled for ‘File 13.’ They’ve converted most rooms in their home and garage into wall-to-wall athenaeums. I was intrigued and then not at all surprised when I spotted them hours later still perusing the amassed collection of books in Chapters. Observing them, I recalled my incredible journeys since launching Arriving: 1909-1919 in 2011. Speaking of ‘journey,’ you may notice that I’ve chosen to be capricious and to venture forth on a short tour to Lloydminster, perhaps to test my faltering transmission.

May you always experience the hopes and promises of Easter.